The Estonian Academy of Kickboxing was founded on 29 March 2006. 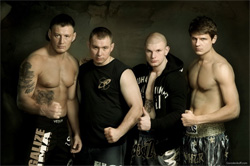 The EAK founders are head instructor Dmitri Vorobjov and Janek Rozov, who is in charge of the sports club’s organisational and administrative work.

In view of the increasing interest in this particular martial art worldwide and the club’s aspiration to host international competitions, it was decided from the outset to call the club in the English language: Estonian Academy of Kickboxing (EAK).

Prior to the founding of the EAK kickboxing training sessions were conducted under the supervision of Dmitri Vorobjov at the Budo Sports Club in addition to the primary karate training sessions, as a standalone contact sport type, being at that time already the most successful kickboxing club in Estonia.

The EAK’s success was preceded by many years of dedication and hard effort by head instructor Dmitri Vorobjov, whose career in sports had begun in 1991 with training in karate-do and the then popular Sanshou, continuing in 1995 with kickboxing sessions and, under the supervision of Gennadi Tolmachev, also boxing. Another factor that contributed to that success was the growing popularity of kickboxing among young people.

Under the supervision of instructor Alexander Zykov and then renowned instructor Juri Lahtikov, Dmitri acquired the necessary knowledge and skills that have resulted in his success on the international level.

For instance, in 2003 Vorobjov truly excelled and became the kickboxing world champion in the most prestigious version: WAKO. That sporting achievement was highly valued and Dmitri Vorobjov was honoured with an invitation to the most prestigious reception held by the President of the Republic of Estonia and he also received Estonian citizenship for his meritorious progress. 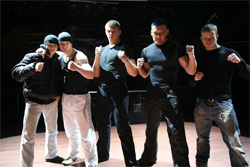 In recent years the EAK has been the strongest kickboxing club in Estonia. Over the last three years the Estonian Academy of Kickboxing has been winning top places in team categories at Estonian championships. Many EAK athletes have also attained remarkable results at international competitions.

Due to the wide interest in kickboxing, K-1 and Thai boxing (Muay Thai) training among the local Russian-speaking population and Estonians alike, the sessions are conducted in Russian and Estonian. The EAK trains men and women, children and elderly persons.﻿